Difference between revisions of "ASCII"

ASCII abbreviated from American Standard Code for Information Interchange is a character-encoding scheme. ASCII codes represent text in computers, communications equipment, and other devices that use text. Most modern character-encoding schemes are based on ASCII, though they support many additional characters. ASCII was the most common character encoding on the World Wide Web until December 2007, when it was surpassed by UTF-8, which is fully backward compatible to ASCII.[1]

This is one of the better videos I've seen on ascii. Content gratefully used with permission : [2]

This table is used with gratitude from http://www.theasciicode.com.ar/[3] 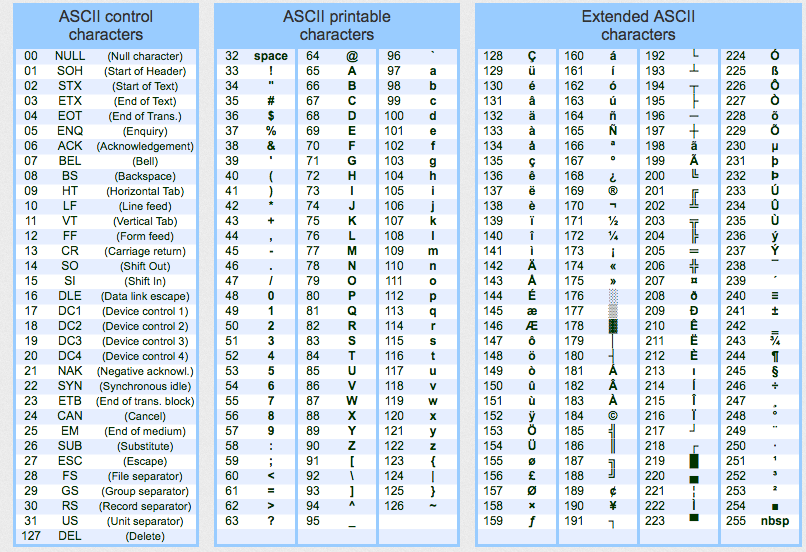