In mathematics and computing, hexadecimal (also base 16, or hex) is a positional numeral system with a radix, or base, of 16. It uses sixteen distinct symbols, most often the symbols 0–9 to represent values zero to nine, and A–F (or alternatively a–f) to represent values ten to fifteen.[1] 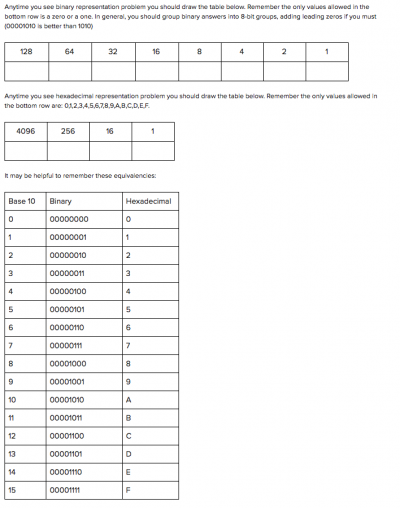 You must be able to correctly answer the following questions:

Click here for a slide deck that covers this topic nicely

Give the precise meaning of a word, phrase, concept or physical quantity.